Why the Warsaw-Beijing Forum: Youth for Business?

At first sight, Poland and China have nothing in common. They are located thousands miles apart and their economies are based on totally different models. Their cultures and languages differ so much that it’s almost impossible to communicate. One may ask, is a genuine dialogue between these two worlds possible? This question’s bothered us for a long time, and that’s how we came up with the idea of the WARSAW – BEIJING FORUM in 2014. 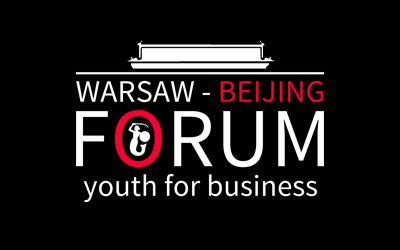 Once, nobody wanted to talk about China, not believing it might transform its economic system. Now, all countries look at China, the second biggest economy in the world, with admiration. For more than three decades its GDP grew at the medium rate of almost 10 per cent. The economic reforms, initiated by Deng Xiaoping, yielded dozens of special economic zones as well as stock exchanges and helped to convert many state-owned enterprises into truly private companies.

When talking about Poland, many describe it as a perfect example of sustainable economic growth and development. The global financial crisis hasn’t affected the “Green Island’s” performance, which was one of very few countries that managed to avoid recession. In the eyes of foreign investors, membership in the European Union, the World Trade Organization and NATO makes Poland reliable business partner for foreign investors.

Both mentioned countries have experienced reforms and rapid economic growth. In 2011, the heads of state of Poland and China signed a joint statement on establishing a strategic partnership. Inspired by these achievements, we, The Student Organization for Law and Economy of China, resolved to take action and expand the cooperation between Warsaw and Beijing. This bold idea attracted the most determined students of the University of Warsaw, who created the Warsaw-Beijing Forum (WBF), a multinational project aiming to facilitate cooperation and dialogue between young people coming from these two distant countries. ‘Youth for Business’ that’s the motto that motivates us!

The project is dedicated to promoting entrepreneurship and innovation among the WBF participants. Meetings and workshops, taking place between 5th and 11th May, will address the most important issues from the field of law, economics and culture as well as a broadening growth of Sino-Polish cooperation. The purpose of WBF is then to create a platform for exchanging views on perspectives of development of business relations between partner countries.

The Warsaw-Beijing Forum has received the honorary patronage of: Polish Ministry of Economy, European Parliament, The Polish Information and Foreign Investment Agency, European Academy of Diplomacy, The Foundation Laboratory of Law and Entrepreneurship and The Polish Agency for Enterprise Development (PARP).

Thanks to our sponsors: TP-LINK, DLA Piper, Elżanowski Cherka & Wąsowski, The Polish-Chinese Friendship Association, Miller Canfield, HSBC, The Polish Scientific Publishers PWN, The Sub-Carpatian Region, Super Drób, Decco S.A. and Food House we gained funds to make our project become a reality. Without them, the success of the Warsaw-Beijing Forum would not be possible.

We hope to give a vibrant start to our project! It will be an amazing chance to gain first-hand experiences and knowledge in terms of cross-cultural co-operation!

Together we can reach the stars!